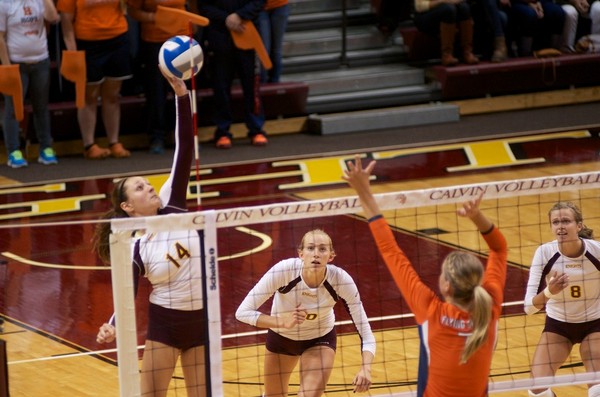 The team as a whole had three blocks and were able to hit around Alma’s defense, only being blocked once. The team came away with 45 kills while limiting Alma to 28.

Rietema commented, “I thought we we came out with a fight last night against Alma. They play well in their home gym, but after our weekend tournament, we were really hungry for a big win against a good conference team. We all brought what we have to offer for this team and played well as a whole team.”

The Knights play again at the DeVos Arena versus Hope for the second time this season. The game is scheduled to start at noon. Reitema stated, “We are really excited about this Saturday. Hope always plays their best in their home gym so we know it will be a tough one. But just like every other game, we will focus on our own side of the court and play point for point, not thinking about the outcome. It should be an exciting one!”