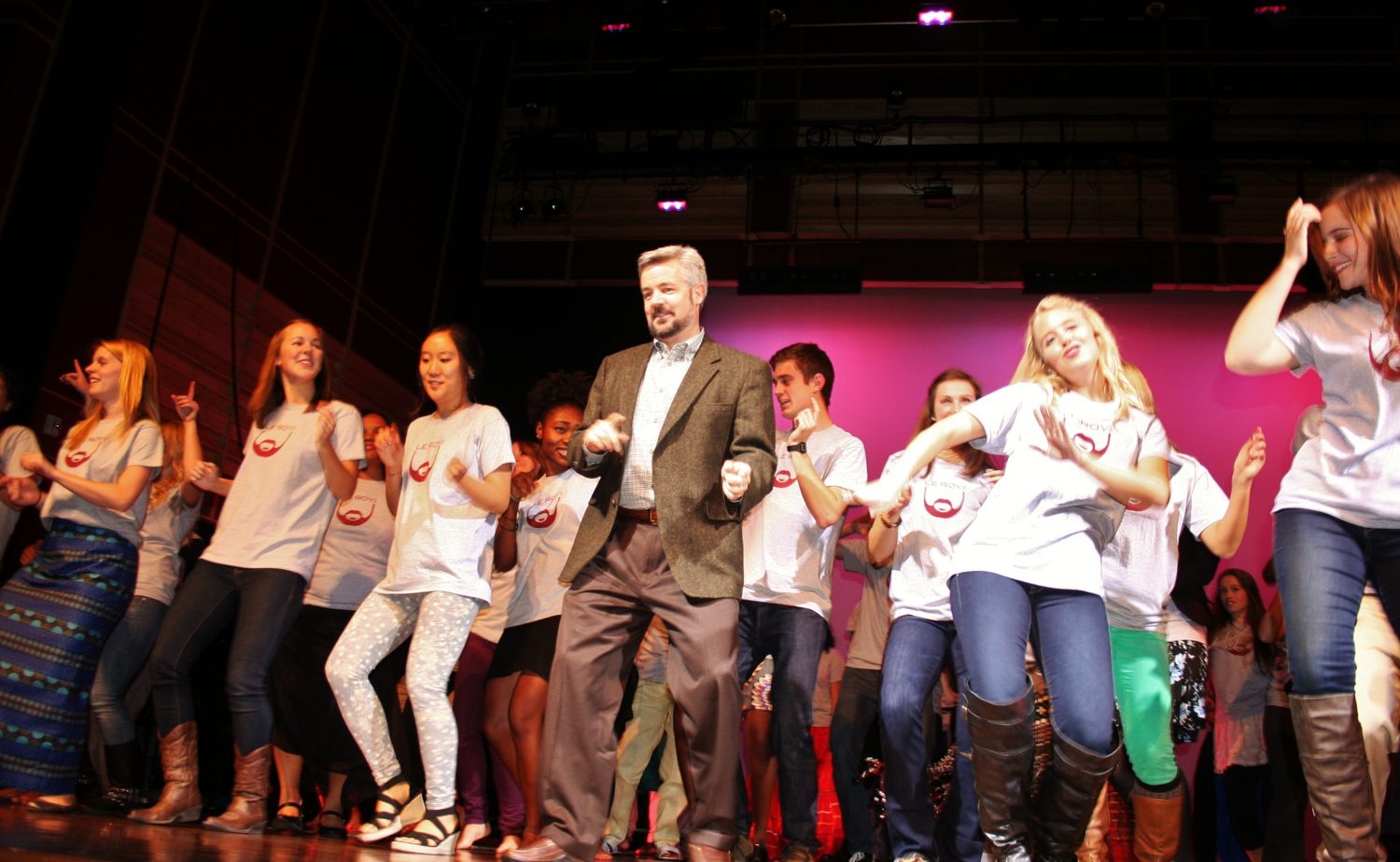 Inauguration week kicked off Saturday with the Student Showcase, an event that featured a variety of acts and performances, including Dance Guild, Calvin’s Got Talent and Rangeela.

The event took place in the Covenant Fine Arts Center and served as the beginning of the celebration for incoming president Michael Le Roy.

Paula Englin, coordinator of student organizations at Calvin, said that the purpose of Student Showcase is to give Le Roy a sample of some of the events and performances at Calvin.

“We’re terming it ‘initiation’,” said Englin. “We wanted to kind of give Le Roy and his family a taste of some of the traditions at Calvin.”

The idea for Student Showcase came about last year, when former student senate President Nana Owusu-Achau thought of the idea to showcase the wide variety of performances that Calvin has throughout the year.

“[Le Roy] has been so wonderful in interacting with the students, and he has just really taken the initiative to know students and to try to better understand their experience,” said Englin.

“In some ways we want to further that relationship, and this is sort of a way for students to give back and reciprocate on some of the ways he’s taken to get to know them by showing some of the things that they’re passionate about,” she continued.

After the show, Le Roy expressed delight and appreciation for Student Showcase.

“It was outstanding,” said Le Roy. “It was so exciting and so fun to see such joy and celebration.”

The showcase featured a variety of international and multicultural performances, which included Africapella, an Indian act and a Burmese act.

“I love all of the global culture representation,” Le Roy said. “And there’s just a fun loving spirit that just lifts my soul.”

After the performances, Le Roy was asked to come up on stage, where he became the star of the show’s final surprise act.  The Student Showcase performers came back on stage to join Le Roy in dancing to the Cupid Shuffle.

“Yes, I was [surprised],” laughed Le Roy. “I never thought I was very good at dancing, so I’m being stretched.”

“My favorite part of directing it was anticipating how good this show could be,” said Mason.

“The acts we chose for this showcase are crowd favorites from Airband, Dance Guild, Rangeela, and Calvin’s Got Talent,” she continued. “I was excited that not only President LeRoy would get a little taste of what these shows are like, but also the new first year students as well. I’m hoping it gets them excited to come to these events and maybe participate in the future.”

McLaughlin held three practices for Dance Guild prior to the showcase.  Some challenges for her included finding replacements for those who graduated and reorganizing dance formations.  But she was happy with the end results.

“It all came together well,” said McLaughlin. “It has been great getting this group back together and we could not be more excited to be a part of the showcase. In my group of audition co-ed hip hop, these dancers all love the chance to perform on stage in front of any crowd, having Le Roy and his family there is just an added bonus and incentive to perform our best. We’re hoping it will encourage him to attend Dance Guild this fall.”

Troy Vander Hoek, a performer in the “Three People and a Piano” act, was pleased with how Student Showcase encapsulated the variety of talent at Calvin.

“I think Student Showcase showcases — that’s sort of cliché but I’ll go with it — just how much talent is here,” said Vander Hoek. “It’s a great show not only for students but also for students’ parents and grandparents.”

But for Vander Hoek, Student Showcase’s icing on the cake was when Le Roy unwittingly walked on stage to become the star of the final performance.

“To see the smile on his face while he was doing the Cupid Shuffle made my whole month of October,” said Vander Hoek.