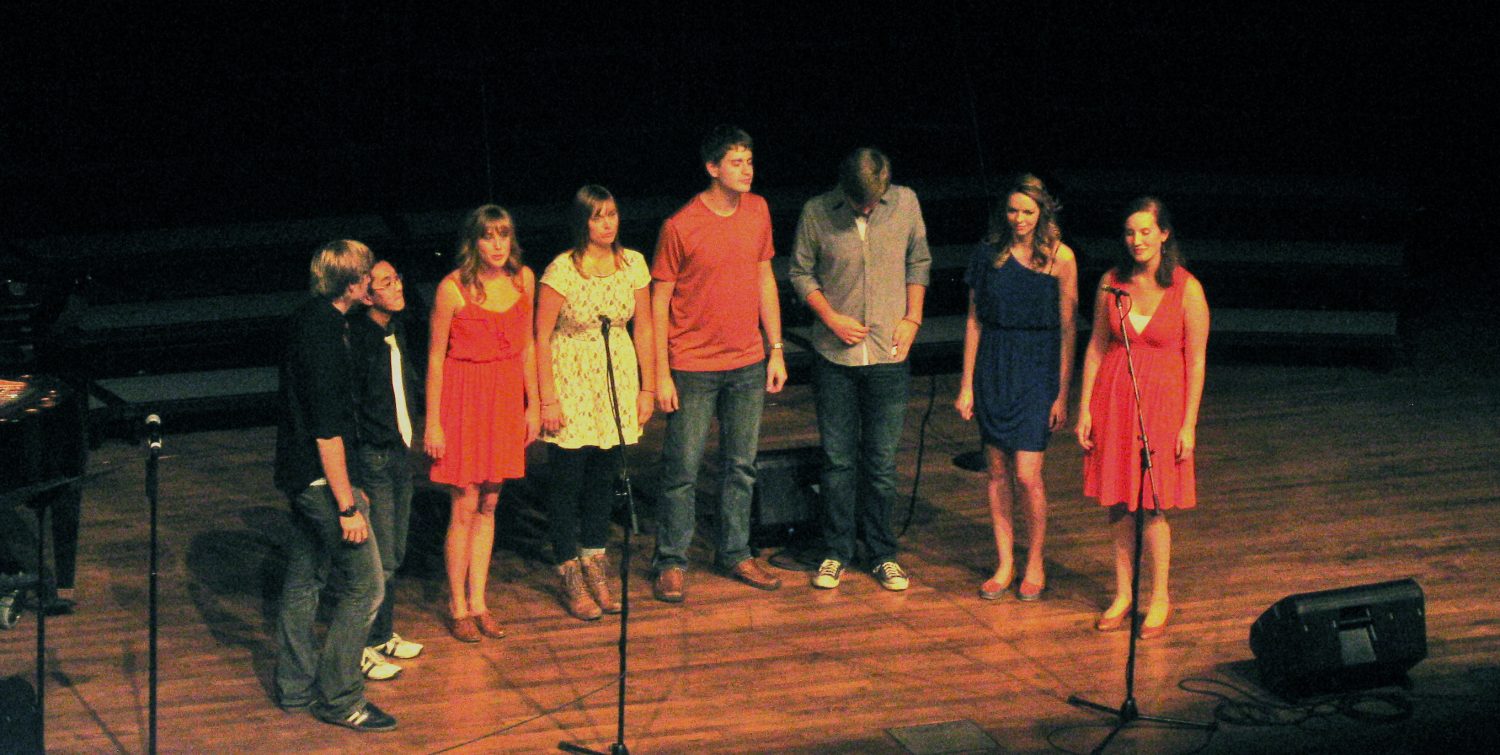 Students in Calvin’s concert choir, Capella, arrange one show themselves each year to raise money for its international tours. Students sign up for solos, duets or small ensembles to sing the songs that they are passionate about.

Sophomore David Evenhouse, who covered “Poison and Wine” by The Civil Wars, noted that Late Night is filled with songs that “the regular college student is going to relate to more easily.”

“Late Night with Capella is not like your usual choir concert where the whole choir is singing every song,” he added. “It’s a time where we’re able to showcase some talent that wouldn’t be able to be seen otherwise.”

The 18 acts included songs from popular movies, musicals, and artists. With most of the acts being contemporary songs, it was also a chance for the singers, who normally sing a classical repertoire, to perform in a different style.

“The energy, the conviction these college students put into their singing is just amazing,” said Navarro. “The difference between a regular pop singer and these college pop singers is very, very little. This is probably the best repertoire we’ve had and certainly the best sound.”

Several Capella members arranged their own pieces, and the smaller ensembles made it easier to hear distinct voices. Intricate harmonies and inventive percussion parts were only a few things that made each song unique. Each singer or ensemble found a way to bring their personality to their number so that the covers sounded fresh and original.

But a show with that attention to detail requires a huge amount of work.

“Capella has consumed my life for the last three weeks,” admitted sophomore Jennifer Kuipers, who was involved in no less than six of the numbers.

Navarro, too, noted the work the students had put into the show, emphasizing that the choir still met four times a week to work on its classical repertoire, and members had to prepare all their Late Night acts outside of class.

“It was crazy– there weren’t any open seats,” said Sophomore Luke Sober. The auditorium was packed with people, and each song was met with excited cheering from the audience. “It was cool how informal the concert was,” said Sober. “You got to yell and catcall for the people you liked most.”

The emcees encouraged the concert-goers to “go crazy” when they liked something because it “wasn’t a typical concert experience.” The evening ended with an instantaneous standing ovation.

For those who didn’t get enough, Capella will hold a classical concert on Nov. 9.

For better or for worse, however, it is unlikely to reference Justin Bieber.