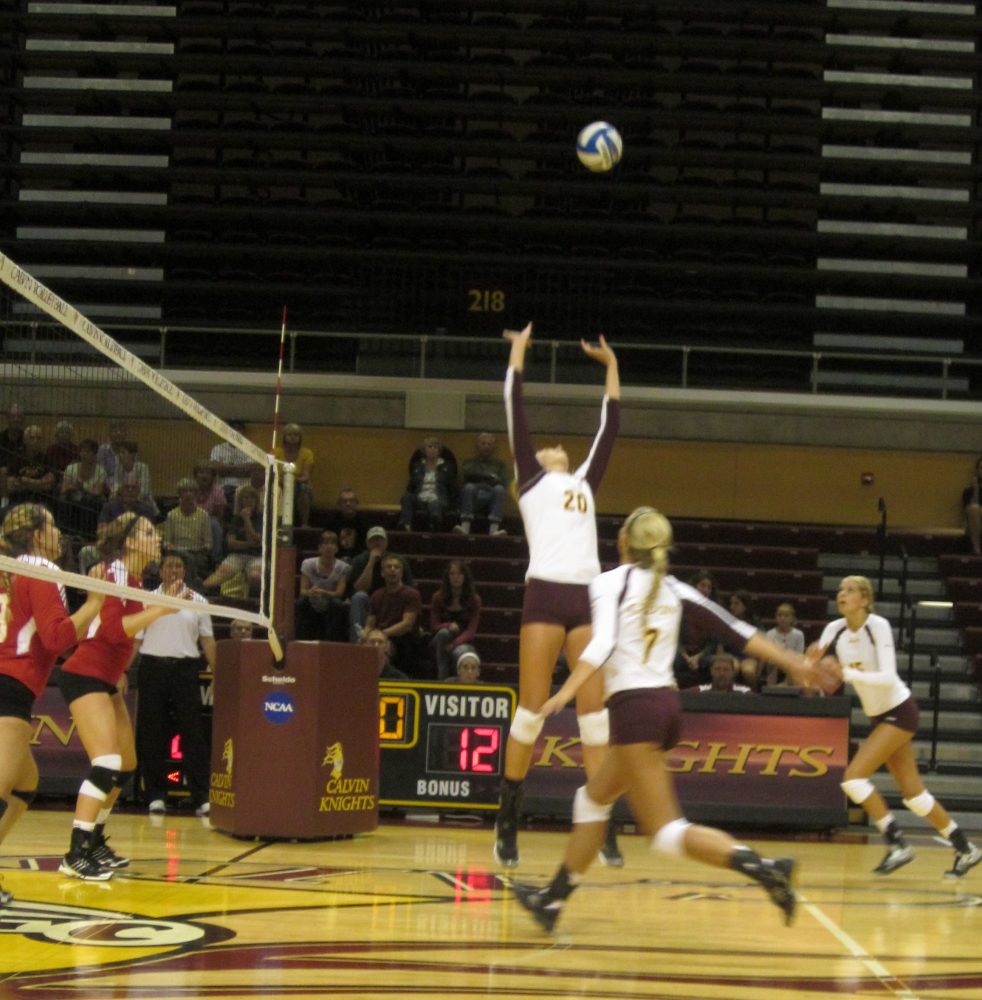 The third ranked volleyball team is still undefeated on the season with a 7-0 record. The team picked up its latest two victories against Kalamazoo and Olivet.

Against Kalamazoo on Friday, the Knights outscored the Hornets 25-9, 25-18 and 25-11. The Knights started out with 12-4 leads in the first and last sets. The Hornets attacked in the second set to stay within range.

Senior Lizzie Kamp led the Knights with 11 kills. Junior Megan Rietema finished with 20 assists, four kills and three aces. Senior Kelly Gordon-Hiskes had 15 digs to lead the Knights. The Knights as a team had 10 blocks with seven blocking assists coming from Rietema and five coming from senior Julia Hilbrands.

Everyone on the team had a chance to see the court in this MIAA match-up.

The Knights out-killed the Comets 38-18. Calvin had five aces in this game coming from junior Kristen Zietse, Rietema, sophomore Brittany Rosendale, senior Gordon-Hiskes and senior Kim Start, whose ace came off a serve that hit the top of the net and dropped.

As with the game against Kalamazoo, Calvin played all of their players. Coach Amber Warners commented on this saying, “I am really happy that we had the intensity and set the pace of the match. [I’m] also really happy we had everybody play. It’s just one of those days and you’ll see that everybody stepped it up and we didn’t lose anything by putting other people in.”

“I thought we played really well,” explained Lizzie Kamp. “We prepare every game the same way, no matter who we’re playing. We talked in the locker room before about how it doesn’t matter if we’re playing the best team in the nation or the worst, we’re going to bring our A game.”

“I thought we did a really good job at that and just playing our game, staying in our system and not being worried about what was going on with them. It was just fun to get everybody out there and I just thought we played really well as a team.”

The Knights play in a MIAA conference matchup against Alma on Wednesday at home at 6:30 p.m.