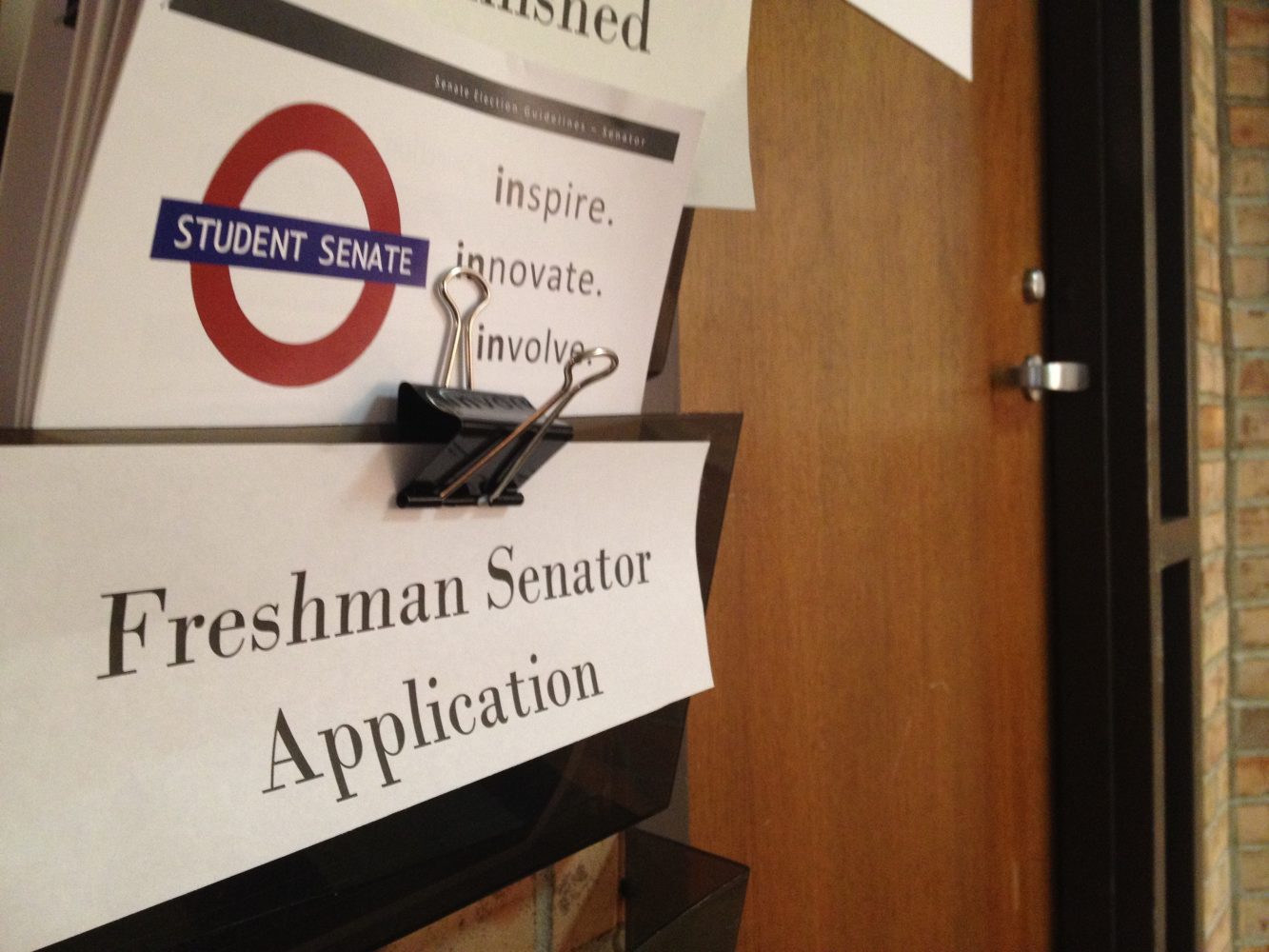 The current student senate members, elected by the student body last spring, will select the candidates through an application process.

Sinclair explained why senate does not hold elections for freshmen.

“As someone who did run as a freshman, I can say that it would be difficult to have a fair election because a lot of local people would win because they have the connections.”

“I would vote, but I don’t know if everyone else would, just because we don’t really know each other yet,” she said.
Sinclair said there is also an added benefit for the senate as whole.

“When you get an elected team, you often lack certain skills, so we often try to complement our team with the best people to try and round out our skill sets.”

To apply, freshmen must get 100 signatures on a petition for their candidacy, and then fill out an application to be turned in to the senate office by 5 p.m. Friday.

Current senate members will review all the applications and narrow the list to fifteen applicants. The cabinet will interview the final fifteen to get an idea of the skills the candidates bring to the table and their overall competence.

They will cut the list down to six or seven people following the first interviews.

The remaining people will get a second interview with the entire senate present. Sinclair said details about this part of the interview process are “secret,” but described the second interview as “unique” and  “fun.”

The senate will announce their choices for the seats next Wednesday.

However, Gilliland wondered if the deadline for application is too early.

“Everyone’s been really busy with Quest and stuff,” she said, “so I don’t know if there is really enough time for people to apply.”

Sinclair credited the high level of interest to the many opportunities offered for application. He said that senate had a table at Passport where prospective senate applicants could sign up.

Senate sent all the students who expressed interest at Passport an email with the application. Senate also showed a video presentation at the Quest closing ceremonies to encourage freshmen to apply.